Keep your Poms safe in summer

I arrived in this world on Tuesday, April 10, 1973 at the Wakefield-Melrose Hospital just a few weeks after my mothers 21st birthday, proving that neither contraceptive creams nor shotgun weddings work but, I’ll get back to that.

My arrival interrupted my mothers lunch date for the grand opening of the Four Seasons Chinese Restaurant in Greenwood, MA. I was very fortunate when I was born to have 4 generations of family around me. While it probably wouldn’t be as interesting now, it was of enough interest at the time that my christening on Mother’s Day was featured in the newspaper (seen above).

What I stated about contraceptive creams is accurate. I heard about it my whole life. I don’t think it was meant to hurt me, but it is hard growing up knowing you were a mistake or accident whatever you want to call it and being reminded of it on occasion.

As far as the shotgun wedding, that is an assumption on my part. While it is true that my mother was a couple months along with me at the time of her wedding, I’ve never really been given any more information than that. I believe she chose to marry my father for 2 reasons; one, that she did not have the funds or means to travel to New York and have another abortion; and second, that using her pregnancy to get my father to marry her, got her out of her parents house.  His reasons for marrying her are unknown to me and I could not even venture a guess with available information.
To hear my mother tell the story of her childhood, she was beaten daily, but no one in the family believes this. What I believe from all the stories I have heard and knowing my grandmother as I do after taking care of her for the last 7 years of her life is that my mother was raised in an emotionally neglectful household. Being an only child my mother alone or with relatives a lot while they attended functions. My Grandparents were extremely active in church, Grand Masons, Shiners, Eastern Star and all associated organizations.
My Grandfather (Gramps) was very submissive to my Grandmother (Nana). He would do whatever she said and spoiled her. My Nana was a very selfish woman who only had an interest in you if you were talking about her. It doesn’t matter what the conversation was about or who it was between, she would interject and find a way to point the conversation at her. Jerry & I were talking about Hurricane Katrina one day and she twisted it around to a story about her, and she’d never even been to New Orleans.
My grandmother was a drama queen and was the type of person that cared a great deal what others thought of her. She also expected to be waited on and served, so I have no doubt that my mother did not receive the type of emotional support, love and nurturing in her youth that children should receive. I think that is why she is such a narcissist now. Her ideas about family and love are very twisted.
As for my fathers side, he was one of many children.  I will try to name all my Aunts and Uncles, but for the most part I haven’t seen or talked to them since I was about 7, so here goes; Barbara, Paul (dad), Patti, Kathy, Tommy, Bobby (Godfather), Joey, Jamie.  I think I’m forgetting someone, but I’m not sure.  My early memories of them consist of one of them drove a party van, always feeling grown up when the girls let me hang in their room and one of the boys collecting monster figurines.  I did have the pleasure of spending time with Uncle Joey and his family (1997 & 2000) and my Uncle Jamie’s family(1997).  With the invention of Facebook I  am able to communicate with some of my father’s side of the family, which makes me very happy on most days.
I don’t really know a whole lot other than my Grandmother Patricia was a six pack for breakfast kind of alcoholic and died when I was six months old.  My Grandfather James soon thereafter married Grandma Patricia’s best friend Judy which led to family rumors of a long term affair between them.  They remained married until his passing in the mid 90’s and Aunt Judy followed him in 2010.  Even though I had not spoken to Judy in 15 years and had not seen her in 20, I was still hurt that in this age of electronic communication, no one told me she passed, but I’ll touch more on that later.
Here are pictures of my mom and day when they were younger: 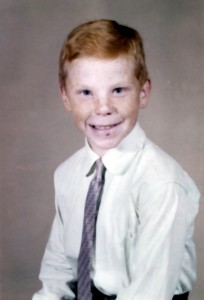 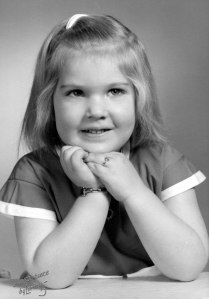 These are my mother’s parents (I do not have any pictures other than the newspaper article of my father’s):