Announcement for all Poms 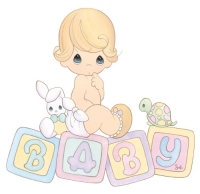 This advice is mainly for women as that is the point of view I am coming from.
I completed my cycle of ABVD in Jan 2005.  Prior to adopting ABVD protocols for treating Hodgkin’s Disease the standard treatment was MOPP.  While MOPP was an effective treatment, it was 100% effective in causing sterility in those patients receiving it.
With the introduction of the ABVD protocol, the chances of becoming sterile as a result from treatment went from guaranteed, to uncommon.

While this is great news for those patients not yet finished building their family, there may still be difficult roads ahead.

My husband and I were not able to have children so this did not apply to us.  HOWEVER, in June 2011 while undergoing an ultrasound at the OBGYN’s office for other reasons, it was revealed that my left ovary had suffered shrinkage and my right ovary had been damaged to the extent that it was difficult to locate.  I have had no other illnesses or injuries other than chemotherapy that could explain what were normal ovaries a decade earlier showing this much damage other than the ABVD for my Hodgkin’s Disease.
While getting pregnant would not have been out of the question, it may have been more difficult.
So this is my advice to you…

If you are planning on continuing your family after treatment, you may want to look into having some of your eggs harvested and frozen prior to treatment.  It is a difficult time when you are diagnosed with cancer, but take the extra time to consider this if you want children after treatment.
I don’t know if the same effect can take place on the testes, but since they all start out as the same tissue I would imagine it could and as such, you may also want to consider banking some sperm.
It is better to have it and not need it, than to need it and not have it
That’s my two cents anyway