Where has this been all my life?! Party Size!! 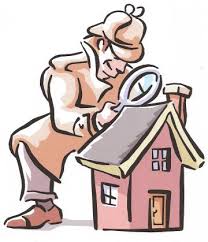 As of yesterday, July 31, they finally came and filled in the huge depression made by the generator that was right in front of my front door (about 16″ x 24″ and 3-4″deep). I guess they realized I was not going to send the remaining 20% balance I held back when I paid the bill last year until it was done.

You’d think after all the stress and inconvenience this 11.5 month roof job has caused, they would have at least knocked 10% off the bill.

Original Post – We had our roof replaced by RW Harper Roofing after getting their names of the recommended contractors list in our neighborhood Facebookp Group.  I would highly recommend AGAINST using them.  Here is our timeline:

August 22 – I respond to the salespersons email and inform them I would like to hire them.  I leave a voicemail also.

August 24 – I have not heard back, so I call again.  I speak to the salesperson and am told he neither received my email or voicemail (sure he didn’t).  He told me they were 4 weeks out to which I agreed.

September – The last week of September rolls around and I have not heard anything.  I know there were a couple of rain days, and I am very patient, so I wait a couple more weeks.

October – we are now going into the 2nd week of October and I still have not heard anything.  2 phone calls later I speak to the salesperson again.  He informed me that they have me for November 13.  There’s a one-week delay because he is going out of the country on vacation (I still fail to understand this delay, as I never saw him on the site and have no idea what a salesperson has to do with the labor being done)

November – More delays. “We will be out on Tues, no Thurs, No Fri, would it be okay if we came out on Saturday?  If we don’t finish on Saturday, we may need to come out again for a couple of hours on Sunday morning to finish?”  I tell him Saturday is fine and we make plans to be away from the house with all 4 dogs.

Sunday, November 19 – Guess who finally shows up!  Hubby wants to send them away as we have things going on in the house this afternoon, but we don’t dare.  Right now we are feeling like Tome Hanks & Shelly Long in Money Pit!

Monday, November 20 – Guess who is back?  It took 2 days to complete our 1200 sqft. roof.  Both of my neighbors had theirs done also and were done in one day.  They set up the air compressor on the grass and it compressed the earth so now I have dips in my hard where it was moved (the walkway was 2 feet from where they placed it! They used it to brace a ladder!).  My porch railings, which are vinyl, are also scratched up and have black streaks.

Tuesday, November 21 – They finally pick up the towable trash bin they PARKED ON MY LAWN!

And they came in over budget!  Only slightly, but over nonetheless.

I was going to ask for a discount, looking back on the proposal, in the fine print it states they have 6 months to start the work and 24 months to finish!!!

December 13 – The Office Manager sends an email to arrange a time for the person in charge of our job to come out and inspect the damages to the railings, posts, and yard.

December 15 – Salesperson/manager, whatever he is comes out and tells us Goo Be Gone should remove all the marks they left on our vinyl (doesn’t comment on the scratches and gouges). I guess he expects us to go buy said product and take care of the problem as it is now February 28 and he has not returned.
February 28 – As we approach March 1, and come up on 8 months for a simple 1,100 sq.ft. asphalt shingle, cape cod, roof; we have finally got all of the roofing nails picked up from the back deck (where our dogs hang out), we’ve given up on ever seeing them again and resigned to clean up and fix their mess on our own and will continue to share our story with our neighbors in the hopes they can avoid the stress we have gone through.
Additionally, he said he would have his landscaper come by to estimate the repair to the yard where the compressors left dangerously deep depressions in the yard 1-2 feet in front of the stairs. I’m just waiting for the mailman or UPS to break their ankle. We haven’t seen them yet either, so we will be filling in the area with dirt and hoping the grass overgrows it quickly.